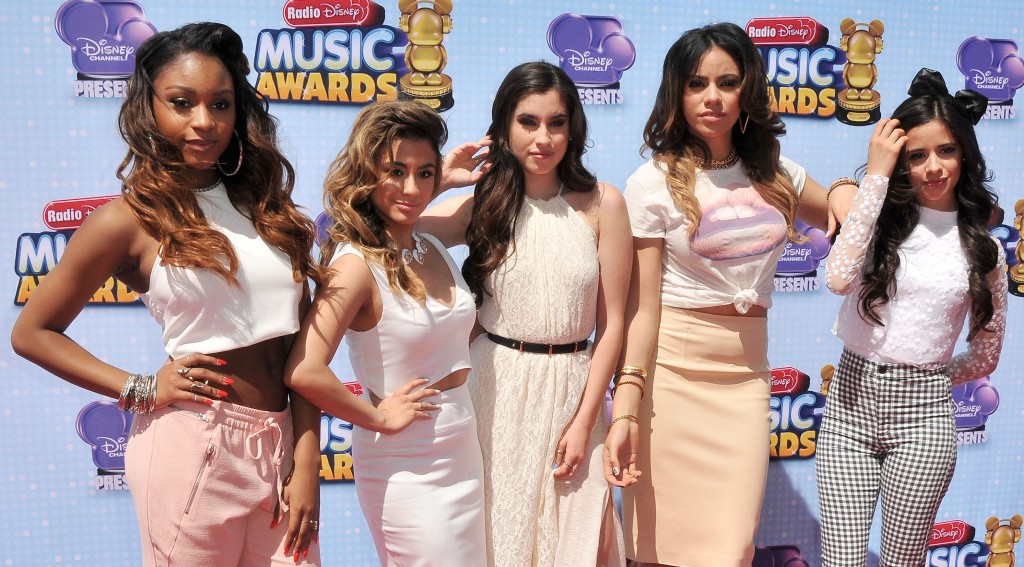 LOS ANGELES—It was a teen dream come true as some of the hottest young stars in pop culture turned out for the 2014 Radio Disney Music Awards at the Nokia Live Theater in Los Angeles this past Sunday. The red carpet was star-studded with nominees such as Fifth Harmony, Austin Mahone, Madison Beer, R5 who spoke with press from all over the world.

The girls of Fifth Harmony arrived wearing neutral colors, matching each other and ready to share news about their upcoming debut album. The cast of Disney Channel’s “Austin and Ally” was in attendance and excited to let the press know that the show was picked up for a fourth season premiering this May.

Heartthrob Austin Mahone fought the wind while doing interviews, trying to keep his hair looking camera ready while the band R5 was excited to dish on their upcoming world tour. But the main event was the award show itself.

One Direction won the They’re The One award for Best Musical Group. Justin Timberlake took home the He’s The One award for Best Male Artist. Demi Lovato, fresh off of her Neon Lights Tour, won the Radio Disney Music Award She’s The One for Best Female Artist. She also took home the Hit The Road award for best Roadtrip Song. Former “Shake It Up” cast member Zendaya Coleman won the You’ve Got Swag! award. The refreshingly addictive “Let It Go” (from the hit Disney animated movie “Frozen”) by Idina Menzel won the Soundtraxx award for Favorite Song From A Movie Or TV Show. And former X-Factor stars Fifth Harmony won for That’s My Jam (Best Song To Rock Out To With Your BFF) for “Me & My Girls” and “The Buzz,” and Breakout Artists of The Year.

Perhaps the highlight of the evening was Ariana Grande performing her brand new single “Problem,” featuring Iggy Azalea, for the first time publicly. Ariana showed off her fresh dance moves as she performed live to the never-before-heard track. The audience responded with loud cheers, so it appears the song is likely to be a hit for Radio Disney. Other performances included Fifth Harmony performing their hit “Miss Moving On,” Becky G brought the flava with her hit “Can’t Get Enough” and Zendaya performing her song “Replay,” which has been on the Billboard Charts for over 300 weeks. Besides performances, the Radio Disney Music Awards also awarded Latin-superstar and one of this season’s “The Voice” judges Shakira with the Hero Award for all of her hard work through her Barefoot Foundation. The goal of this non-profit is to improve the lives of children through education.

The Radio Disney Music Awards was a ratings winner when it aired Sunday night on the Disney Channel. Radio Disney is the No. 1 radio network aimed at teens, tweens and their families. The station plays some of today’s hottest songs from young stars including Selena Gomez, Taylor Swift and Justin Bieber.

To see the list of all of this year’s winners at the Radio Disney Music Awards, head over to the official website at: http://music.disney.com/radio-disney!