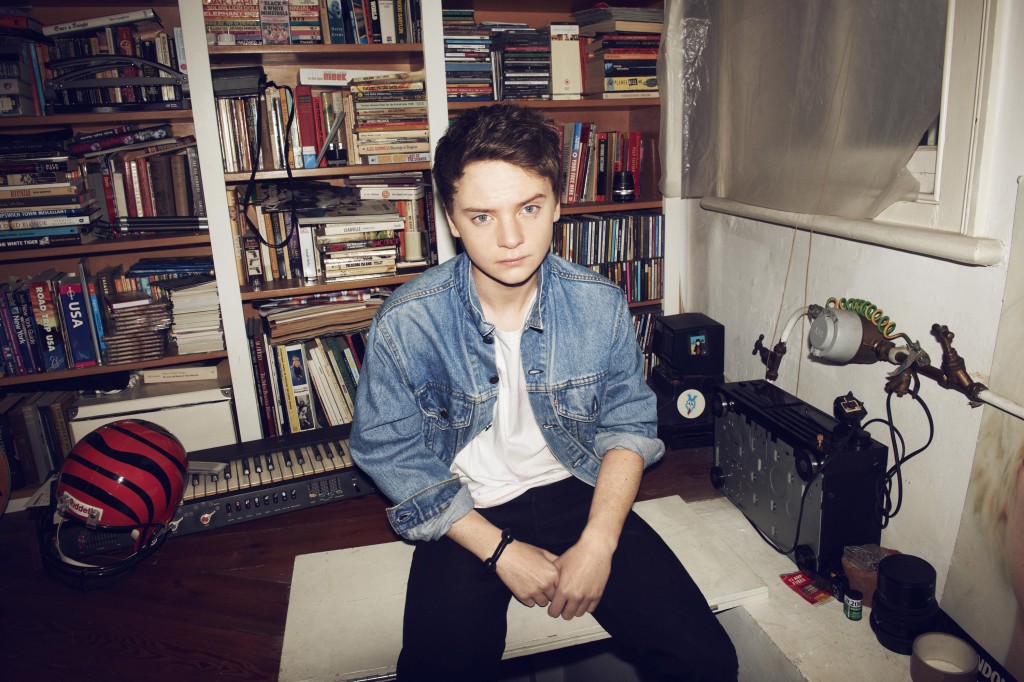 Hollywood – 19-year-old British singer and songwriter Conor Maynard is gearing up for the July 24th release of his first U.S. single, “Vegas Girl,” with a video that premieres today across VEVO. A multi-track EP for “Vegas Girl,” which includes remixes by Wideboys and Tortuga and a cover of Drake’s “Marvin’s Room” will be available for pre-order beginning tomorrow and will be delivered on July 24th.

Written and produced by Conor and UK production team the Invisible Men (Jessie J, DJ Fresh), “Vegas Girl” is the first track to be released in the U.S. from Conor’s upcoming debut album, Contrast, due from Capitol Records on September 18th.

This up and coming futuristic-sounding urban-pop singer Hailing from the British seaside town of Brighton, Conor grew up listening to such artists as Michael Jackson, Stevie Wonder, Usher, and Justin Timberlake. He began uploading videos of himself singing his favorite songs to YouTube in 2008. With the encouragement of others  along with the overwhelming positive response from his video clips, he posted a range of hits that showcased his soulful voice, including Chris Brown’s “Crawl,” (which Brown raved about when he tweeted the link), “Taio Cruz’s “Dynamite,” Rihanna’s “Only Girl,” and Ne-Yo’s “Beautiful Monster,” which racked up millions of views. Both Ne-Yo and Cruz were so impressed with Conor’s performance that they each contacted Conor at home in the UK and offered to produce and sign him.

Conor is currently the focus of VEVO’s emerging artist program, LIFT and earlier this year, Conor won MTV UK’s “Brand New For 2012” Award (beating out such artists as Lana Del Rey) thanks to overwhelming voter support from his fans, who call themselves “Mayniacs.” With 90 million combined YouTube views (including 9.2 million for “Can’t Say No”), Conor has the seventh most subscribed music channel in the UK. He has also amassed 415,000 Facebook “likes” and more than 304,000 Twitter followers.

The tracklisting for Contrast is as follows: