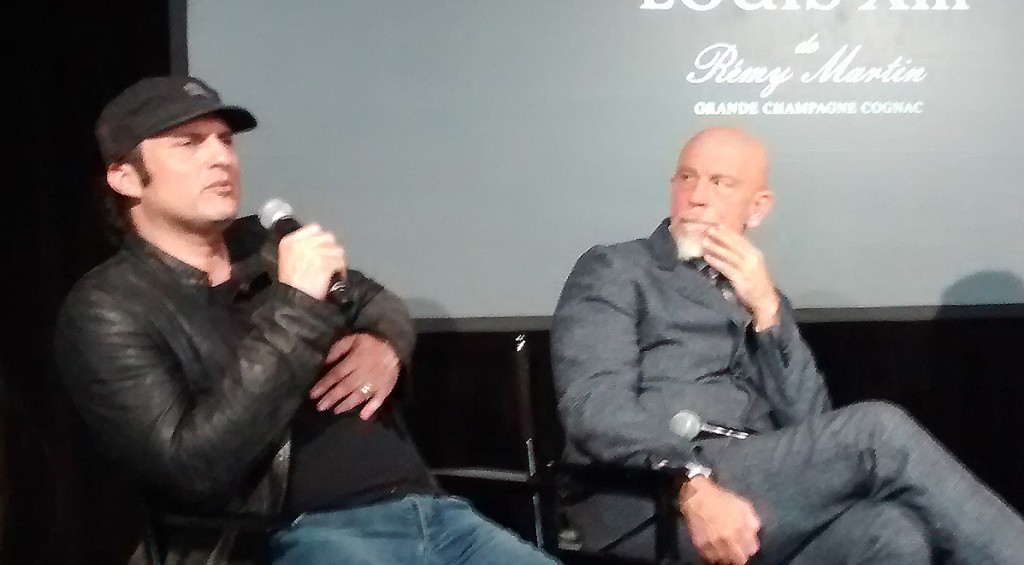 Audiences Will Have to Wait ‘100 Years’ to See This Film HOLLYWOOD—“100 Years” is a new film by Robert Rodriguez starring John Malkovich that no one will ever see. That’s not just a rude prediction, but a fact. The completed film has been locked in a vault that will not open for 100 years.

It was financed by French cognac maker Louis XIII (pronounced Louie Trez). Officially known as Louis XIII de Remy Martin, the brand that prides itself on taking its time to allow its product to ferment. Its is made from wine grapes grown in the Grande Champagne region of Cognac, France. Each bottle takes 100 years to age to perfection.

Rodriguez and Malkovich announced the “Movie You Will Never See” along with Ludovic du Plessis, the brand’s global executive director, at a press conference here Wednesday. The idea behind the promotion is that it takes 100 years for each bottle of Louis XIII to age so why not a film?

Though specifics about “100 Years” were not disclosed, the filmmakers describe it as set in the modern world. Though few details about the plot are known, du Plessis described it as Malkovich’s vision of the next 100 years.

“It’s really, for us, a tribute to the Mastery of Time,” du Plessis said.

Du Plessis called Malkovich, whose credits include “Being John Malkovich” and “Dangerous Liaisons” as “the best actor of his generation.”

“I’ve watched him work and I’ve seen the creativity in his eyes,” he said.

“100 Years” has been placed in a safe specially designed by Fichet-Bauche, a two-centuries-old French security company. The safe, fitted with a bulletproof glass and a specially designed countdown timer, is scheduled to tour the world under high security in Hong Kong on Dec. 11, before it reaches its destination at the House of Louis XIII headquarters in Cognac, where it will remain until it is set to automatically open in the 22nd century. Louis XIII is awarding 1,000 silver-plated movie tickets to certain “art influencers” around the world so their descendants can one day view the film.

Rodriguez noted that a bottle of Louis XIII appears in the film.

“Yes, there is a bottle there, but it’s about John’s vision of the future,” the filmmaker said.

Malkovich, who was approached by Louis XIII executives to write and star in the film, said he thought of storing a film no one could see for 100 years was “ a fantastic idea,” then added with a wry smile, “I wish it would have happened to some of my other films.”

Shot by renowned director of photography Claudio Miranda (“Tomorrowland, “Life of Pi,” the locked up film is one of Rodriguez’s proud achievements. Rodriguez’s previous films include “From Dusk Till Dawn” and “Sin City.” He said is collaboration with Malkovich and the Louis XIII team has been rewarding.

“I’ve worked with John before and the idea to work with him again was great,” he added.

About his association with Louis XIII, he complimented their ambition, although he admits he didn’t initially realize the film would be locked away for 100 years when he signed on.

“The more I thought about this project, the more I couldn’t say no,” he said. “I want to make something that’s going to open in 100 years.”

Fans can get a glimpse of “100 Years” in an exclusive trailer and three teasers at www. Louisxii-cognac.com. They can discuss it on social media sites including #notcomingsoon and follow Louis XIII on its social channels: Instagram: @Louisxiicognac_USA; Facebook: http://www.facebook.com/LouisXIII and Twitter: @CognacLouisXIII.