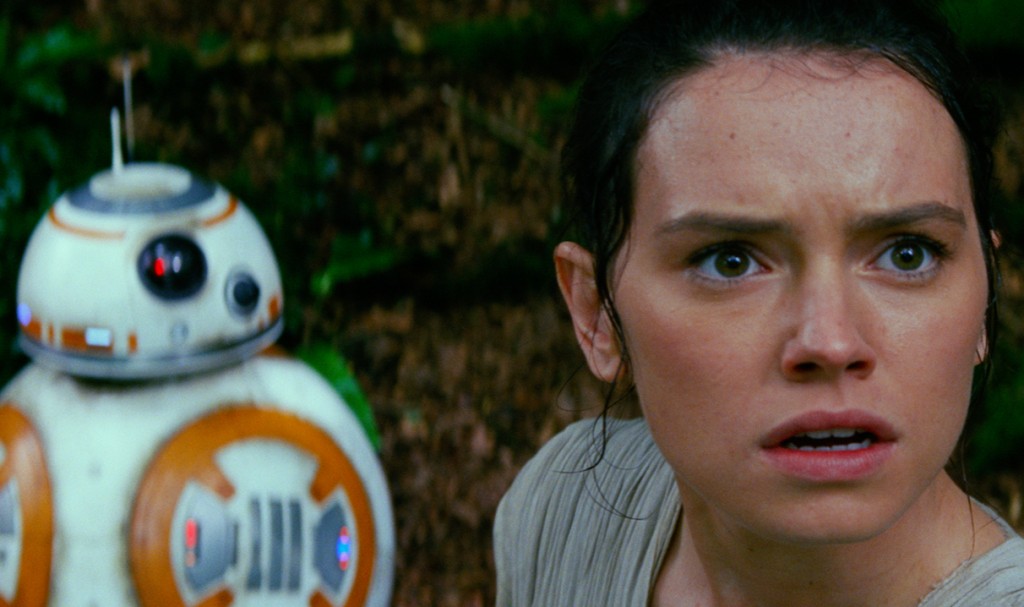 A Rebirth For ‘Star Wars’

The first time for anything can draw a myriad of responses. For some, it can be a cogent experience; like learning how to pedal a bike with two wheels, or viewing a Stanley Kubrick film. The feeling never leaves you, and like blinding yourself in the darkness of the cinema, it brings you back to a moment of rediscovery.
“Star Wars: The Force Awakens” comes as a first for a generation familiar of the ones that came before it — a precedence so significant it calls for a rebirth. And it doesn’t fail in doing so. In fact, it relishes on the pressure of bringing something so iconic, and twisting it in ways never attempted before. The genre can only do so much, and it has been established on the minds of fans and casual viewers-alike on how it can be received. But this tries to be different.
Difference in simplicity, though arguable, can be a good thing. Players are believable, design so practical, that you can almost taste a new dish of the narrative. It departs from its own past dangers and risks that drove some to think twice. Films like that take no effort to draw you in; getting lost in the words and worlds of Tolkien, R.R. Martin, or Clarke’s wont refusal of impossible visualization of alien life, a rudimentary shift that blends well with the art of simply watching something come to life and never having to look back. Star Wars has always belonged, and it’s taking on a spirit that is unique and particular. What drew the films close to everyone’s heart is a fundamental crux of existence: the Journey. It broke the boundaries of what we can perceive. Gone are the days when we can only imagine what encapsulates us, and we let our minds flee into the confines of space and time. We let Skywalker, Solo, and Organa be memoirs of power, valor, and heroism. We believed in the power of the Force and its influence on fiction and conflict. We placed ourselves on characters traversing icy planets, lush moons, and sandy dunes. We lost ourselves in them, and we continue to do so in our Journey.
Now, it’s all but the same. The only difference is we can now resume to escaping all over again. In this new light, I hope it rouses and creates a new audience, enchanted in its modern perils. Fresh talents who are relevant in moving it forward can now be involved. Abrams is just the inception of it, a launch on the contemporary world its in. But one thing that continues to draw us in is that it’s happening — it’s happening, and it can be shared. And that’s what experiencing something for the first time is like, and we hunger to feel the immensity and importance of it.
Star Wars is here. Thirty-two years was worth the wait.
Disney, film review, Han Solo, jackie chan, Luke Skywalker, Organa, Stanley Kubrick, Star Wars: The Force Awakens
Share this Post :