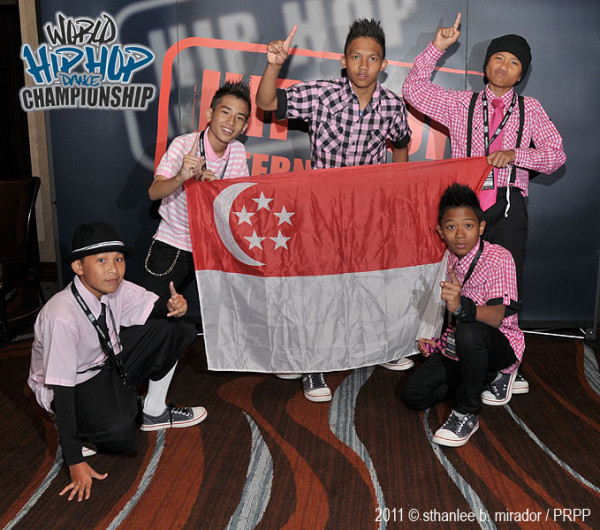 The Asian Pacific nations made significant waves at the preliminary round of the world varsity division of the 10 anniversary of Hip Hop International held last night at the Red Rock Resort in Las Vegas, Nevada. After five hours of 50 crews from over 30 countries performing at the preliminary, only 25 crews were left standing on stage  by the end of night.

In a big surprise all dance crew delegates representing the Philippines and New Zealand made the top 25 that would advance to the semi-final rounds. The crews from the Philippines include Legit Status scoring 6.54 of a possible 10 to place at number 8, Hataw with 6.20 and Fresh Flow with 6.09 placing them at number 20.

It was a historic night for Guam as this year was the first time the state sent delegates to Hip Hop International and what a great night it was for the island nation as their team Empire Kids scored 6.29 placing them at number 12 securing them a spot on the semi-final round of the varsity division of the World Championship.

For second place IDK, it was  big surprise for the US crew from San Diego, CA as they were only entering another dance competition and expecting to go home last night. One parent mentioned they were ready to go home and now are excited to extend their stay for this Friday, semi-final round.

Placing 1st was Singapore’s Freshest Nutz as their B-boy tricks and their mastery of dance moves helped the judges persuade them to give them a score of 6.65 placing them in 1st place.

Other countries that placed multiple crews include Japan and South Africa.

Semi-finals of the World Dance Championships Varsity Division of Hip Hop International will be held Friday, July 29, 2011 at 1pm

The Top 25 Preliminary Placing Varsity Crews moving to the semi-final round are as follows: