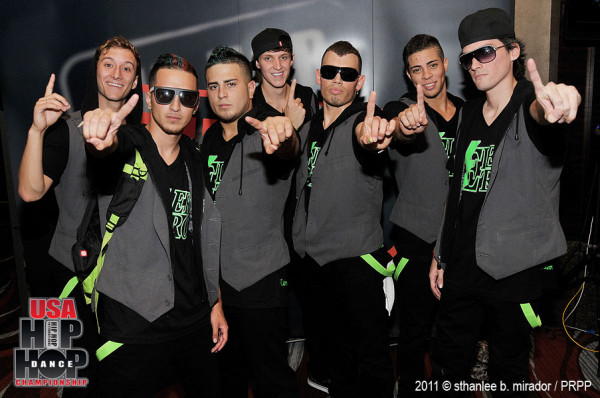 The saying “Third time is a charm” definitely resonates for Arizona based dance crew Elektrolytes. After graces the stage of Hip Hop International’s 10th Year Anniversary, the dance crew placed 1st place in the 1s day of the dance competition’s USA Hip Hip Dance Championship Preliminaries held at the Red Rock Casino and Resort this past Monday, July 25, 2011.

As they closed out day 1 of the event, the crew was worried that they were not going to place when they the 2nd place crew was called up to the stage, but when they heard the name Elektrolytes, they were electrified. While being interviewed by Pacific Rim Video’s Bryan BoogieMind East, Elektrolytes’ Joey Arevalo was originally at a loss for words but Nico stepped in and mentioned that they are excited but still have to work harder to win the U.S. division and represent America for the World Championship. U.S. Championship Finale on Tuesday evening.